John Gunther is a composer and multi-instrumentalist playing Saxophones, Clarinet, and Flute. With a restless musical spirit, he explores all forms of jazz from traditional to avant-garde as well as classical music, world music and experimental electronic music. He has performed or recorded with Dave Douglas, Ron Miles, Christian McBride, Bobby Watson, Wallace Roney, Larry Goldings,Tom Harrel, Dewey Redman, Joe Williams, The Woody Herman Orchestra, the Vanguard Jazz Orchestra and The Maria Schneider Orchestra. As part of New York city's "downtown" music scene for many years, he produced five recordings for Creative Improvised Music Projects (CIMP) and is co-founder of the contemporary jazz ensembles, "Spooky Actions" and "Convergence." John is an Associate Professor and director of the Thompson Jazz Studies Program at the University of Colorado Boulder. He received a Ph.D. from New York University. In 2007 he founded the Boulder Laptop Orchestra [BLOrk] to explore the intersection of music, performance, art, and technology. His work with BLOrk has led to further collaboration with the STEM program at CU exploring informal science education through the arts. 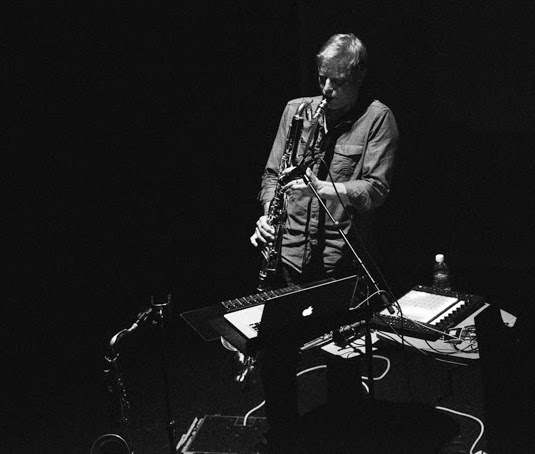 Pianist/Vocalist/Composer Dawn Clement has established herself as one of the most sought after musicians working today. With her joyful presence, consummate technique and distinctive sound, Clement has gained the attention and respect of musicians, critics and fans through the US and abroad. “In all this world of jazz, there are very few individual voices, no matter what the instrument, but Dawn has come up with a voice that’s unique…” says legendary jazz trombonist Julian Priester. With 5 CD’s under her belt, not to mention appearing as side woman on Jane Ira Bloom’s latest release “Wild Lines” and Emi Meyer’s “Monochrome”, Dawn has been hailed as the “Wonder Woman of Seattle” by Paul DeBarros (Seattle Times). Downbeat says “The revelation is Dawn Clement’s piano, always ready with the lyricism or structure the moment needs. With her newest release, Tandem, she explores the magic of musical pairs with some of her closest musical cohorts. Dawn has recently re-located from the Pacific Northwest to Denver, Colorado to take on the new role of Assistant Professor and Area Coordinator of the Jazz and American Music Department at Metropolitan State University of Denver. She holds a Bachelor of Music from Cornish College of the Arts and a Masters of Fine Arts in Music Composition from Vermont College of the Arts. When she is not playing, composing, touring, or teaching, Clement lives in Denver with her husband and three children, Noah, Elvin, and Adele.