Internationally acclaimed trumpeter and composer Charlie Porter first cut his teeth on the New York jazz scene, while simultaneously studying classical trumpet performance at The Juilliard School under the tutelage of famed trumpeter and composer Wynton Marsalis. Following in the footsteps of his mentor, Charlie has delved into many projects from jazz and classical to Arabic, Indian, African, Australian Aboriginal and Korean music, seeking to find common ground among all "good music" and avoiding the pigeon holdings of being labeled only a "jazz" or "classical" musician. Without a doubt, touring with his quartet throughout India, China, West Africa and Southeast Asia as part of Jazz at Lincoln Center's American Music Abroad program helped to shape Charlie's inclusive view of music.

Porter recently recorded his long-awaited debut album as a leader, self-titled Charlie Porter, featuring original compositions. Charlie has toured the world as a side-man and band-leader in jazz and also as a classical soloist and chamber musician, performing and recording with many notable musicians and groups over the last twenty years ranging from jazz greats like Joe Zawinul, Paquito D’Rivera, Charli Persip and Chuck Israels to classical artists such as Simone Dinnerstein, Sarah Chang, and Joyce DiDonato as well as world music greats Goran Bregovic, Marcel Khalife and Kim Duksoo, among many others. He is also founding member of the grammy-nominated electro-acoustic Absolute Ensemble, directed by Kristjan Jarvi.

Porter holds degrees from The Juilliard School and Manhattan School of music in jazz and classical performance. He was also a Fulbright Scholar at the Paris Conservatory. Among many awards to his credit, Charlie was the first trumpeter to win 1st place in both the classical and jazz divisions of the National Trumpet Competition. As a composer he has been commissioned by Chamber Music America and the Doris Duke Foundation. 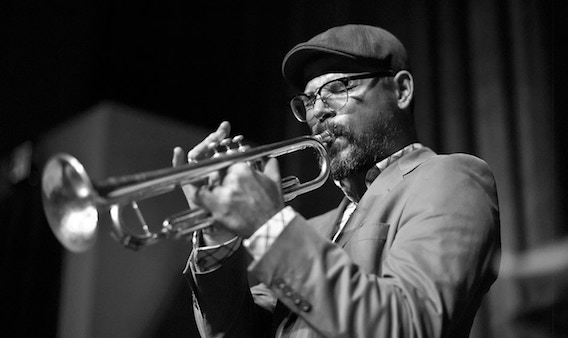 A $12 per guest artist fee applies to this show. Reservations recommended!