Saxophonist Harry Drabkin is a Berklee College of Music graduate as well as a faculty alumni where he performed in the Recording Band, the Faculty Jazz Ensemble and the Faculty Saxophone Quartet. His influences come from Miles, Coltrane, Cannonball and Charlie Mariano. He recently retired as Chief of Oncology at the Medical University of South Carolina to return to Denver.

Pianist Andy Weyl was born in Denmark, and spent his youth traveling across Europe. He moved to Boulder, Colorado where he received a degree in piano performance from the University of Colorado in 1978. Over the years, he has played and recorded with the region’s best jazz musicians, and performs at clubs and festivals across the nation and Europe, frequently backing up visiting artists of note, such as James Moody, Tom Harrell, Benny Golson, Spike Robinson, Eddie Harris, Al Grey, Bruce Foreman, and Rumble Seat.

Dr. Heath Walton is an in demand freelance and jazz musician who performs in Colorado and beyond. In addition to work with the Colorado funk band "Funkiphino", Heath is a contributing sideman to Denver/Boulder area musicians Annie Booth, Dru Heller, and Tom Gershwin. Heath maintains a large private saxophone studio and has taught at the Stanford Jazz Workshop (summer) and at CU Boulder during the pursuit of his doctorate degree. 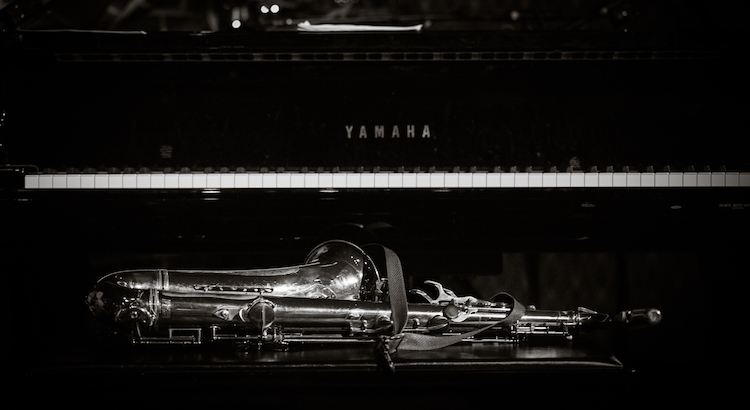 Performing original music, select standards (and a sprinkle of holiday tunes) Jack Dunlevie is aversatile in demand freelance musician who performs in both jazz (as a pianist) and bluegrass circles (as a mandolin player). He is a graduate of University of Denver's Lamont School of music and performs at Nocturne often. In his bluegrass life he is a member of lauded Colorado bluegrass band Meadow Mountain.

Jack Dunlevie is a versatile freelance musician who performs in both jazz and bluegrass circles (the later as a mandolin player). He is a graduate of University of Denver's Lamont School of music and performed at Nocturne as a member of Jean-Luc Davis' quartet and is a member of renowned Colorado bluegrass band Meadow Mountain.

Matt Smiley is a bassist and composer based in Colorado's Front Range. He has performed in a variety of musical situations including classical music, gospel, rock, funk, bluegrass, jazz, free improvisation, and 20th/21st century music. Smiley has performed internationally at the Montreux, North Sea and Montreal Jazz festivals and premièred John Hilliard’s 2nd Piano Concerto at the Kennedy Center. Smiley relocated from Virginia to Colorado where he received a master's degree in music with an emphasis in jazz studies at the University of Northern Colorado. While at UNC Smiley won the UNC Jazz Composer’s Award for an original composition titled “Double Quartet.”

Ben Parrish is a guitarist, composer, arranger and educator based in Denver, CO. A Seattle native, he moved to Greeley in 2012 where he attended the University of Northern Colorado. He graduated in 2015 with a Bachelor’s degree in jazz guitar and is currently pursuing a Master's degree in jazz guitar at the University of Denver's Lamont School of Music. Ben plays in several different groups, including The Ben Parrish Quintet, Dart Echo, indie rock band Amazing Adventures, and the Lamont Jazz Orchestra. His studio experiences include work with The Cairn Project, UNC Lab Band I, and numerous other projects as a sideman and leader. His debut recording, "Song of the Forest" was released in 2015 and featured all original compositions. He has performed with musicians like Chris Potter, Debra Brown, and Brad Leali.

Mike Abbott has performed and recorded with a number of musical legends including: Randy Brecker, Maria Schneider, The Rolling Stones' horn section, Jeff Hamilton, John Clayton, Chie Imaizumi, Sammy Davis Jr., Burt Bacharach, Paul Shaffer and many others. After earning his Music Degree in 1988 at the University of Miami in Florida, he moved to New York City and started playing clubs, touring the US and Europe, and recording. In 2003, Abbott and his family moved from New Jersey to Denver. He teaches at the University of Denver, Colorado Conservatory for The Jazz Arts, and privately in Denver. Abbott currently performs with The Mike Abbott Trio as well as many of Denver's finest musicians.

Denver jazz staple Eric Gunnison was raised in a musical family in Buffalo, NY and attended Berklee College of Music in Boston, graduating with a BA in music composition in 1979. He lives in Denver where he has been a mainstay in the music scene for 19 years. Eric has toured and recorded with the iconic jazz vocalist Carmen McRae, and trumpeter Ron Miles.

In concert he has performed with Dizzy Gillespie, James Moody, Phil Woods, Bobby Shew, John McNeil, Eddie Gomez and many others. Gunnison has also been the pianist and a composer/arranger for the cooperative band Convergence, one of Denver’s leading jazz ensembles, since 1991. Active for more than 30 years as a sideman and studio musician Gunnison is active faculty at the University of Denver’s Lamont School Of Music and the Colorado Conservatory for the Jazz Arts. 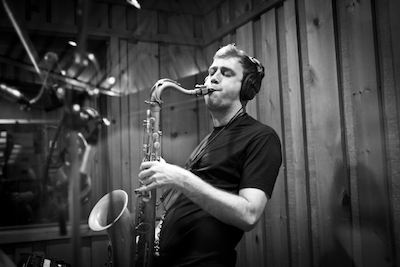 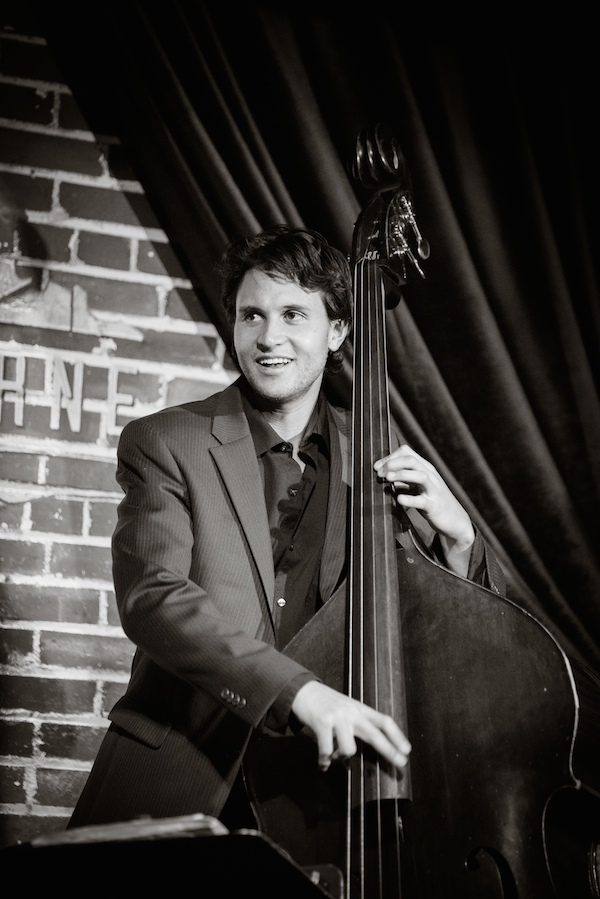 Patrick McDevitt is an upright and electric bassist hailing from Denver, Colorado. From playing with national touring artists to working on the road with New Orleans' famed percussionist Mike Dillon, to anchoring down the Annie Booth Trio, Patrick is a versatile and talented player, prolific in number of musical backgrounds. Recently completing his graduate degree in music at Denver University's Lamont School of Music, Patrick is an in demand bass player throughout the Denver area and beyond and a compelling bandleader.

Tom Amend is a organist, pianist, composer, and arranger from Denver, Colorado. Performing and recording often throughout the Rocky Mountain Region in various settings as both a leader and a sideman he can be heard with with Colorado based Soul/Blues artists: The Burroughs and the Taylor Scott Band. Tom was selected as a semifinalist for the American Jazz Pianist Competition in 2014 and 2015, and was a finalist in concert in 2017. Amend received a Bachelor of Music in Jazz Studies and a Masters of Music in Jazz Composition at the University of Northern Colorado. Tom is currently an Adjunct Professor of Jazz Piano at the University of Northern Colorado.

Alejandro Castaño is a Denver based drummer, composer and educator who has worked with Eric Gunnison, Steve Turre, Ron Miles, Ken Walker, Josh Quinlan, John Gunther, Bob Montgomery, Justin Adams, members of The New Mastersounds and many more. Recently Alejandro was featured on the debut album of the Annie Booth Trio entitled “Wanderlust” and “Da Capo” by cuban born musician Aldo Salvent. In addition to teaching privately, Alejandro is on the teaching staff with the Colorado Conservatory of the Jazz Arts and Denver School of the Arts.

Late Night music is free. Must be 21+

Sean McGowan is a guitarist from Maine who combines many diverse influences with unconventional techniques to create a broad palette of textures within his compositions and arrangements for solo guitar. His first recording, "River Coffee" won the Best Independent Release of the Year Award (2002) from "Acoustic Guitar" magazine. Music from the CD has been featured on BBC’s Great Guitars radio program, and has been published in Japan’s "Acoustic Guitar" magazine and Mel Bay’s "Master Anthology of Fingerstyle Guitar, Vol. 3."

McGowan graduated with a DMA in Guitar Performance from the University of Southern California in Los Angeles. He currently serves as an Assistant Professor of Music Performance at the University of Colorado Denver. He has served as an artist/clinician for the Maine Arts Commission since 2000 and is a frequent lesson and article contributor for "Acoustic Guitar," "Guitar Teacher," and "Jazz Improv" magazines. 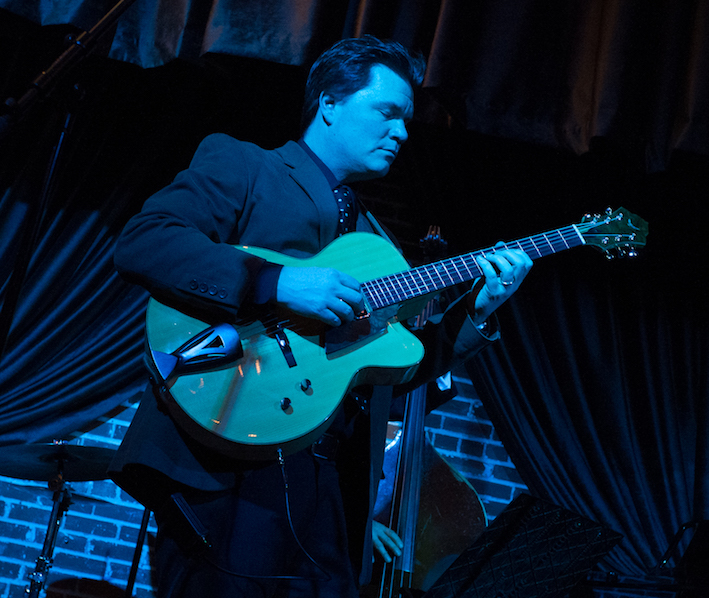 Jazz Guitarist/Composer Steve Kovalcheck Holds A B.M. From The University Of Tennessee At Knoxville And A M.M. From The University Of Northern Colorado, Where He Currently Teaches Jazz Improvisation, Jazz History, Directs Jazz Ensembles And Leads The Jazz Guitar Ensemble. His Professional Experience Includes Recording And Touring With Columbia Recording Artist Robinella And The C.C. String Band. Kovalcheck Has Performed With Artists Including Victor Krauss, The “New York Voices,” The Colorado Symphony Orchestra, The Dallas Symphony, The Nashville Jazz Orchestra, Jeff Coffin, Tommy Sims, Blue Note Recording Artist Carrie Rodriguez, And The Dana Landry Quartet. His Compositions Have Been Played Internationally, Including Performances At The “Jazz En Tete” Festival In Clermont, France. 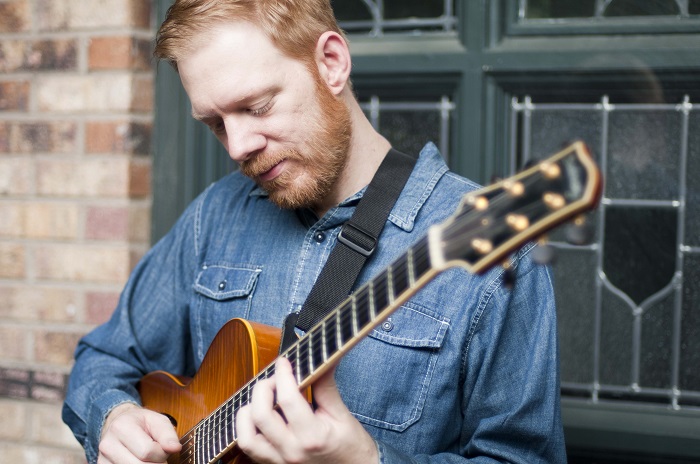 LATE NIGHT MUSIC: Guests must be 21+ and there is no cover or artist fee