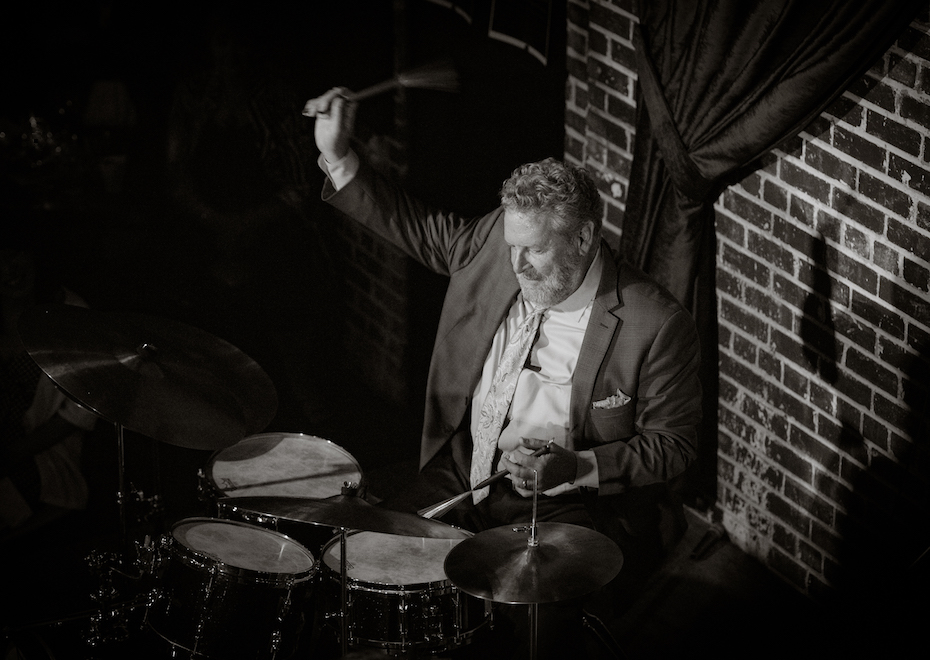 One of the most highly regarded drummers on the planet, Jeff Hamilton is a dynamic bandleader and top tier jazz musician of incredible pedigree. In his twenties, he cut his teeth playing with Lionel Hampton, Monty Alexander and Woody Herman. In his thirties he performed with Ella Fitzgerald, the Count Basie Orchestra and Rosemary Clooney, and has since toured with Oscar Peterson and the Ray Brown trio and served as co-director of the Clayton/Hamilton Jazz Orchestra, and toured the world many times leading The Jeff Hamilton Trio. In addition to his iconic recordings with Ray Brown, Jeff is featured on nearly 200 recordings with artists such as Natalie Cole, Diana Krall, Milt Jackson, Rosemary Clooney, Barbara Streisand, Mel Torme, John Pizzarelli, Benny Carter, Lalo Schifrin, George Shearing, Dr. John, Clark Terry, Gene Harris, Toshiko Akioshi, Scott Hamilton, Harry “Sweets” Edison, Keely Smith, Bill Holman, Herb Ellis, Barney Kessel and Mark Murphy. Jeff is a frequent guest of the WDR Big Band in Cologne, Germany. He also appeared in Natalie Cole’s Great Performances PBS special and Unforgettable and an Oscar Peterson documentary, Life In The Key Of Oscar.

Featuring pianist Tamir Hendelman and bassist Jon Hamar. The ensemble is widely considered to be one of the finest small groups in jazz, setting the bar for what a versatile trio can attain, with tight knit, and ever-swingin' creative arrangements of standards and original compositions.

- For bar and walk-in guests, a music fee of $45 per guest (per set) applies to this special show