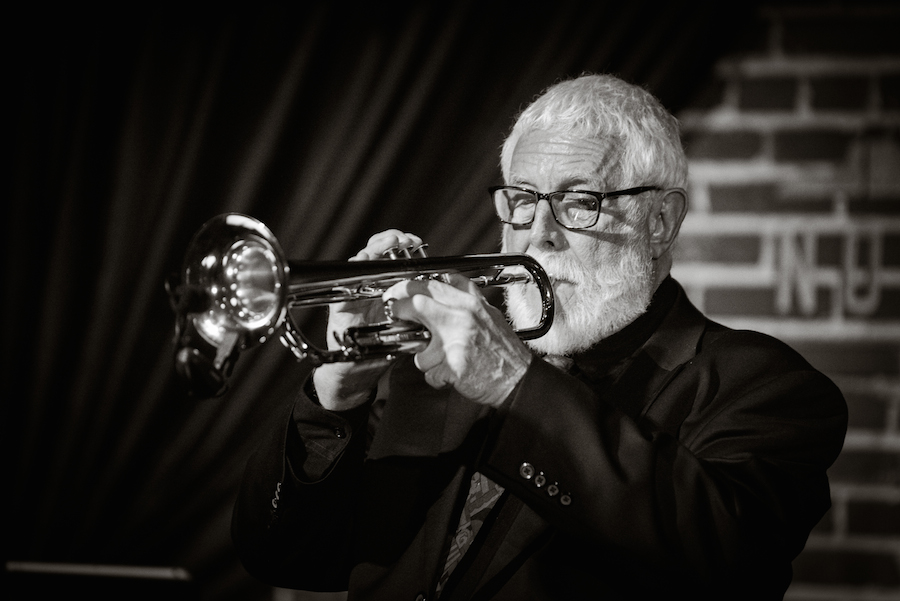 Bob’s reputation as an educator has earned him many awards, including “Teacher of the Year”, “Jazz Educator and Performer of the Year”, and “Colorado Jazz Educator Of The Year”.  In 2012 the Five Points Jazz Festival honored Bob for lifetime contributions to the development and appreciation of Jazz. Bob has served both Kansas and Colorado as State IAJE President, and has directed All-State Jazz Ensembles in Colorado, Kansas, Arizona, Iowa, and Oklahoma. Bob is founder and director of the Telluride Student Jazz All-Star program held each year at the Telluride Jazz Celebration.  Bob is an international artist/clinician for the P. Mauriat Musical Instrument Company and plays the 700 and 700R Trumpets.