Nocturne will be closed on Wednesday, June 1st. 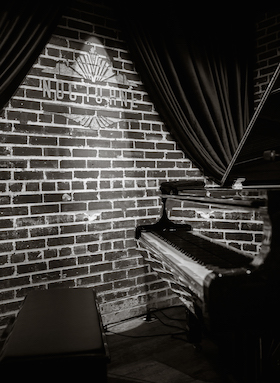 In this series Matt and his intrepid trio (Annie Booth - piano and Dru Heller - bass) explore and investigate the works and musical legacy of the eternal Charlie Haden.

An avid explorer of jazz history and recordings, Dr. Matt Smiley has performed both nationally and internationally, including the Montreux, North Sea, and Montreal Jazz Festivals. Matt has a Bachelor's degree in Music Industry with a Jazz Studies minor from James Madison University, and a Master of Music in Jazz Studies from the University of Northern Colorado, and a PhD from the University of Colorado at Boulder. Matt has led many artist-in-residencies at Nocturne and his most recent album "Crankbait" was released in spring of 2021 on the Nocturne Productions record label. 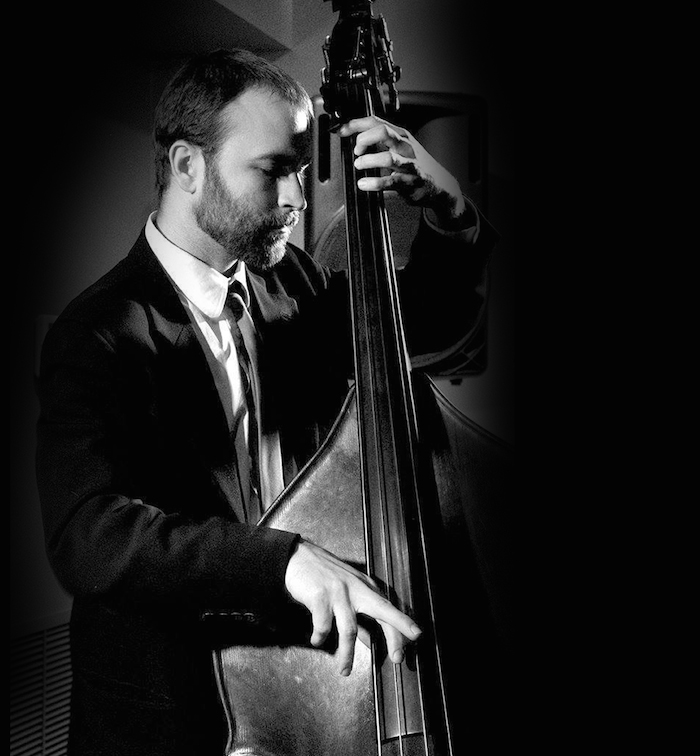 The Derek Banach Quintet takes to the stage on Friday June 3rd, as they explore tunes from the golden era of the iconic Blue Note recording label.

Colorado native Derek Banach has performed professionally for 26 years in a variety of settings from Jazz to Hip-Hop, Salsa, Classical, and Reggae. His roots are firmly set in the Hard-Bop stylings of 60's period icons such as Lee Morgan, Freddie Hubbard and Woody Shaw. Derek's quintet album, "Tugende" displays his composing talents and personal approach to trumpet playing. He has recorded with Italian producer Nicola Conte, Quintetto X, Paul Mulliken and has performed with Wynton Marsalis, Richie Cole, Joe Bonner and Ron Miles. 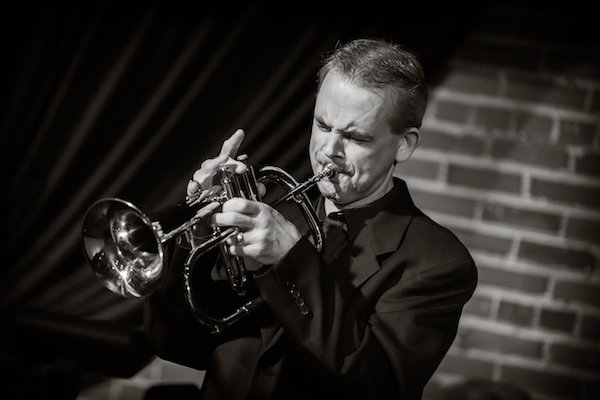 - For bar and walk-in guests, a music fee of $29 per guest applies to this show

The Coração Brazilian Quartet is Bill Kopper on guitar, Bill McCrossen on bass, and Raoul Rossiter on drums/percussion and Victor Mestas Perez on piano.

Each of the members have spent a lifetime performing and recording jazz, funk, pop, classical, and world music, but they are brought together through their strong passion for the music of Brazil. On this special night, Coração will explore an exciting collection of classic and modern compositions in all the styles of the music of Brazil including: Samba, Bossa Nova, Baio, partito alto, afoxe, and Chiro, etc. Many are transcriptions they have taken off of their favorite recordings of favorite Brazilian composers such as Joao Donato, Antonio Carlos Jobim, Baden Powell, Egberto Gismonti, and Pixinguinha to name a few.

Bill Kopper is a Colorado based guitarist known for his expertise in American Jazz and Blues, and Brazilian Samba and Choro.  Adept on electric, classical, and 7-string classical guitar (commonly used in Samba and Choro), he is featured on a diverse selection of recordings, from his own CDs "Samba de Chueca" and "El Oeste", to Jazz vocalist and 2017 Grammy nominee Rene Marie's CD "Black Lace Freudian Slip" and the soundtrack to her one-woman show "Slut Energy Theory", the Samba/Pagode group Ginga's eponymous EP release, choro clarinetist Dexter Payne's discs "Pra Voce" and "Jazz For All", and vocalist Sonya Vallet's debut recording "Moments in Passing". He is currently an instructor of guitar at the University of Colorado/Denver where he has taught for the last six years, and divides his time musically among the Brazilian Samba/Pagode group Ginga, the Brazilian Choro/Forro group The Dexter Payne Quintet, the World Jazz group The Hip Richies, Brad Goode's Polytonal Funk Project, and Madrid-based vocalist Sonya Vallet's group Los Profugos Galacticos.

Bill McCrossen over the past thirty years has been in demand in the New York tristate area, recording and performing in orchestras, Broadway musicals, commercials and television productions.  Bill has also been a professor of Jazz History studies at the Hartford Conservatory of Music and taught bass and jazz improvisation at Five Towns College in New York. Bill has had the pleasure of performing and/or recording with such world class musicians as Michael and Randy Brecker, Clark Terry, Ray Anderson, Gene Bertoncini, Harold Mabern, Kenny Werner, Eliot Zigmund, Adam Nussbaum, Jerry Granelli, Marguerite Juenemann and Art Lande to name a few. Since 2014, Bill now calls Colorado his home and is active in the Denver metro area Jazz and Brazilian music scene. Bill is excited to be involved in this vibrant and talented community of like-minded musicians with many original music projects and free improv ensembles such as Boulder Improvisers Collective (BIC), Coração, the Nalanda Ensemble and “S”, where you might find Bill playing a variety of African instruments such as the Guembri, Mbira and Kora.

Raoul Rossiter moved to Boulder in 1979 and began playing the drums in 1985. Some highlights in his musical life include: meeting and performing Brazilian music, jazz, R&B, and funk with Mitchell Long (6 years); recording an album with Sonya Valet, and playing with Renée Marie in her band No Maintenance. Recently he has performed with Brazilian artists Casuarina, Moyseis Marques, Ronaldo Andrade, Paula Santoro, and Alessandro Penezzi and locally with Kenny Walker, Bill Kopper, Erik Deutsch, Marguerite Juenemann, Dexter Payne, Diane French, Tina Marx, Ligeia Mare, and many others. Currently he’s the regular drummer for Ginga, Hamster Theatre, Coração, and the Dexter Payne Quintet.

Victor Mestas Perez, born and raised in Caracas, Venezuela has played piano with renowned bands and singers around the world including Guaco, Trabuco Venezolano, Soledad Bravo, Cheo Feliciano, and Julio Iglesias. His resume includes more than 80 recording productions for national and international renowned artists, including a 2010 Latin Grammy Award with Ilan, a Venezuelan songwriter. He is endorsed by Yamaha and is a staple in the latin-jazz scene in Denver.

- For bar and walk-in guests, a music fee of $29 per guest applies to this show

Big Swing Trio: Back at It 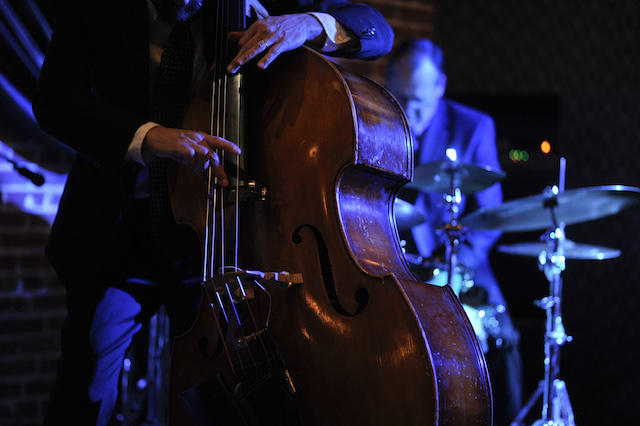